Make the Mind Your Friend 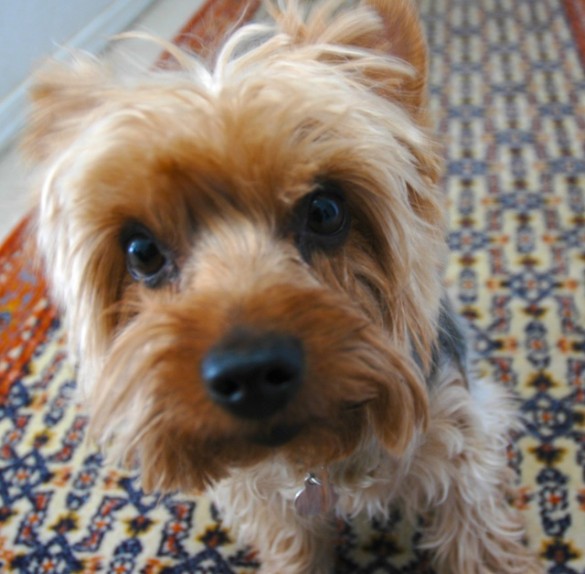 Today, for the first time, my mother’s dog and my cat will meet. The prospect of this makes my mouth dry and my heart pound. I want them to be friends, so that we can spend time together as a family.

Even more importantly, if my cat, Arjuna, could spend the days I care for my mother with me, I wouldn’t return home in the evenings to a lonely pal who wants to play, when all I want is sleep.

But these two souls have polar energy: Mischief lives up to his name as a hyper Yorkie, who, like a dervish spins around the house, over furniture and under beds. He often barks and whines, but with his glistening, dark eyes and tiny smile, he wins hearts. 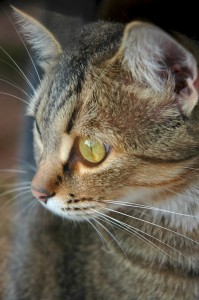 Meanwhile, Arjuna eschews chaos and, like a Buddha, exudes calmness. She can be ruthless when her boundaries are threatened.

For weeks we have worked toward this moment. A handful of times I left Arjuna at my mother’s while I took Mischief for a walk. This exposed them to each other’s scents without yet meeting.

Until today, when I call on my Beloved and bring them together.

They first see each other through a window, the dog outside, Arjuna inside. Mischief leaps toward the glass, and Arjuna bolts. I lovingly catch her, so she must stay and see him—give him a chance—and she does. She takes two steps toward him, then scurries away.

Next I place her on the kitchen counter and invite Mischief in. While I cook potatoes and eggs for breakfast, the animals eye each other. When Mischief leaps upward at her, Arjuna crouches, hisses and bears her fangs.

Mischief backs off and heads to the living room, while Arjuna seizes the opportunity to leap from the counter and run. I turn off the stove and follow.

They stand face-to-face in the hallway.

Uncertain what to do, I hover above them. Suddenly, Mischief lunges forward. Arjuna stretches out her front leg, bears her claw and takes a grand swipe at his nose, missing by inches. Then she wheels around and runs.

Mischief chases. They tear around the living room, under the coffee table and in front of an antique chest.

This has been my fear, that the meeting of these two animals whom I love would end in war.

They stop by the couch. Two feet apart, they’re ready to fight. I kneel between them and speak in a low voice. “It’s okay. You’re safe.”

I call on the Beloved. 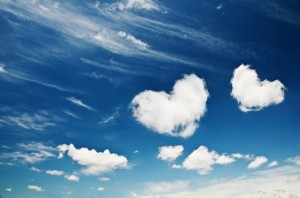 With my left hand I pet Mischief from ears to tail, his fur bristly under my palm. With my right hand, I pet Arjuna, her fur soft as mink. The intensity settles, as though we are kneeling in a cloud of love. Around us the air smells rich and salty from my favorite comfort food, eggs. My own heart settles.

I’m reminded of a line from the poem by the 19th-century saint Swami Ji titled “Make the Mind Your Friend.”

Let us place ourselves at His feet, you and me.

Through that satsang we will gain something.

In this moment we all bask in the love of the Divine current.

This experience reflects my life these days. When a challenge arises, my first impulse is to flee or fight. But instead I sit at the feet of my Beloved. It massages my neck and down my spine. It soothes until my mind settles and becomes friendly.

In this alternative place, there are no mistakes and no differences, only One great whole, whose song we dance to throughout eternity.

I stop petting these sweet souls, and they tentatively stand. Arjuna turns and slinks away, finding a hiding place near an overstuffed chair. Meanwhile, Mischief scurries off in search of my mother.

No doubt there will be more such meetings in their lives and my own. During each I will bring in the love of the Divine current, to soothe and calm until I fully know that I am It.